For most people, Taxi Licencing is not an area of the law given much thought. Yet we’re in a period of uncommon change and upheaval for the industry as a whole. Most significantly perhaps, the rapid rise in popularity of so-called ride sharing apps like Uber has brought unprecedented disruption. So much so that TfL recently sought to revoke Uber’s licence to operate in London (a ban which Uber subsequently won on appeal to overturn).

Against this backdrop, the government also launched a consultation on 12th Feb this year around robust new rules for licencing authorities to apply nationally, as opposed to the current system where individual licensing authorities may have different licensing regimes. Ultimately, the licensing regime, whether it relates to taxis, gambling or alcohol is about ensuring public safety.

Professor Mohammed Abdel-Haq, the man charged by the government with chairing the Task and Finish Group on Taxi and Private Hire Vehicle Licensing, is clear that ultimately this consultation is about public wellbeing;

“…Its genesis and mission were framed by the vision of the then Minister of State at the Department of Transport, the Rt. Hon. John Hayes CBE MP. In commissioning me to lead this vital work, he made clear that in his view the current regulatory regime for the taxi and private hire vehicle (PHV) sector is no longer fit for purpose.”

“Alongside other incidents of criminality, the events in Rotherham, Rochdale, Oxford and elsewhere have brought the fundamental flaws in the licensing regime into the sharpest possible focus; these oblige uncompromising determination to make taxis and PHVs safe for all”

His full report is available here

So whilst we wait for the government to announce what new measures it will implement in response to the Chairman’s recommendations, James T H Button (James Button & Co Solicitors) and I were asked to discuss what form these new measures might take, at the Institute of Licencing Taxi Conference on 9th July.

The government’s original announcement already gave plenty of clues as to what these measures might include; establishing a national licensing database, restricting drivers operating hundreds of miles away from where they are licensed, fitting vehicles with CCTV, for example.

During our discussion, we tabled a wide range of topics that the measures could cover, for drivers, vehicles and operators alike. Here’s a selection of those potential measures: 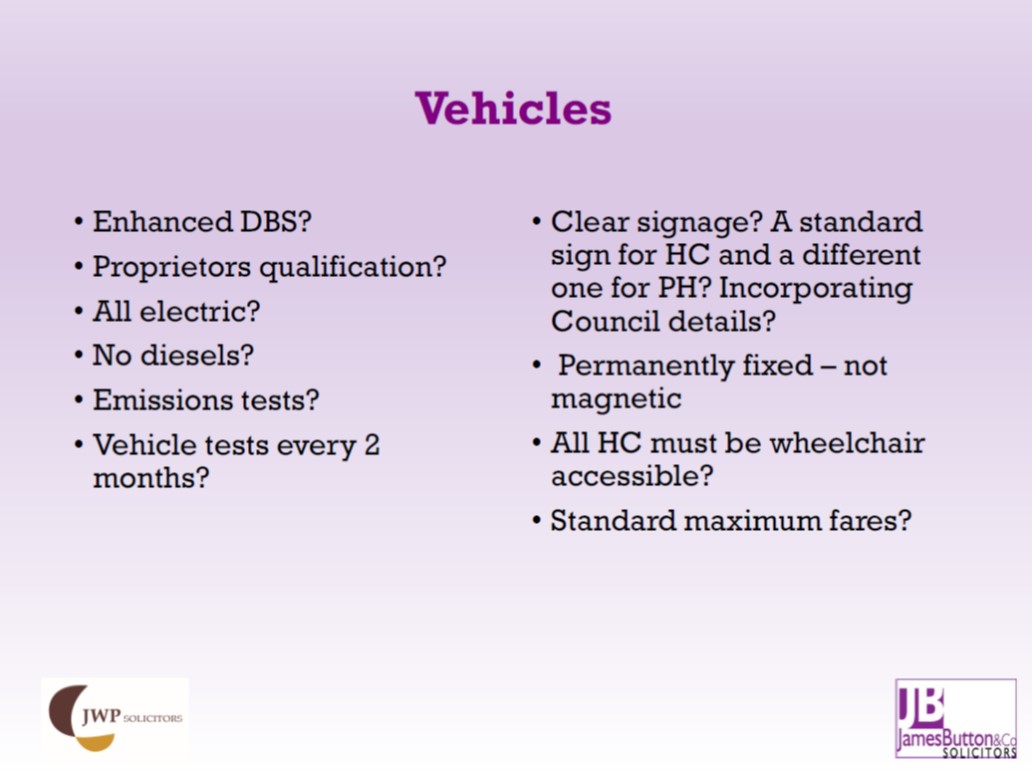 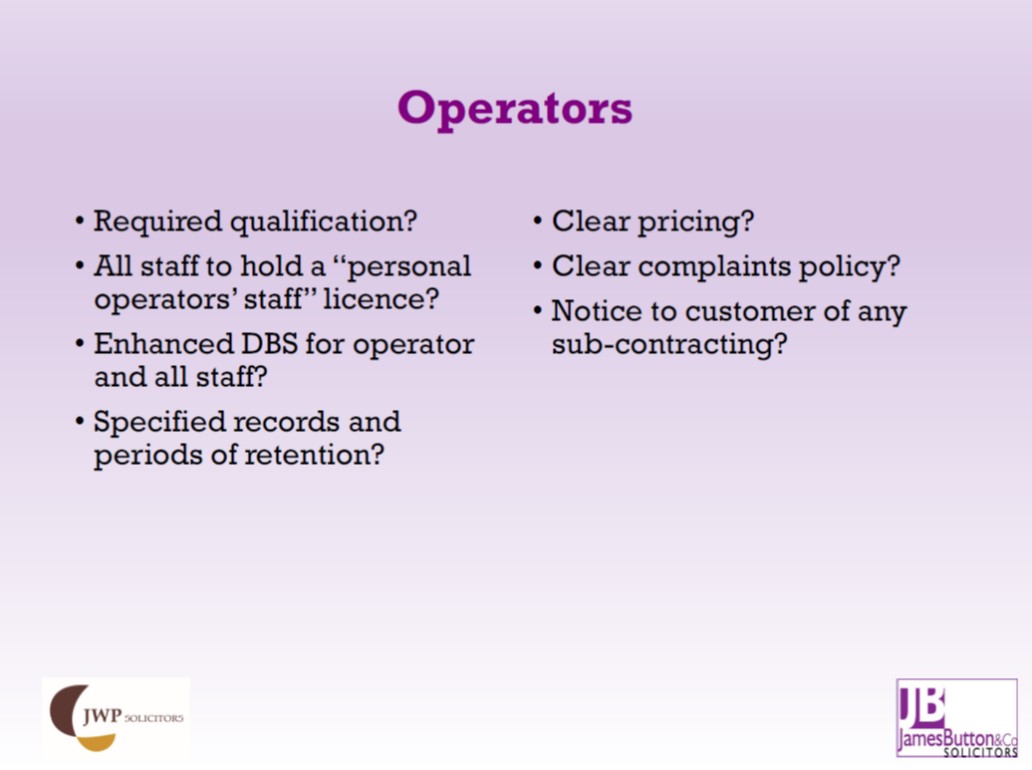 As you can see, these discussion points covered a wide range of areas, and they reflect a much greater awareness of societal and environmental factors amongst the public and policy makers. Some of these points are driven by considerations such as the environment, disability rights, public safeguarding and health and safety, which are higher on the public agenda than ever before, with good reason.

Whatever the government eventually decides to implement from the proposals set out by this consultation, one thing is for certain - the unprecedented change the industry is facing over the coming years. It’s our position that this is an opportunity for the Licenced Taxi industry to prove its continued fitness for purpose and relevance to the future of UK transport.